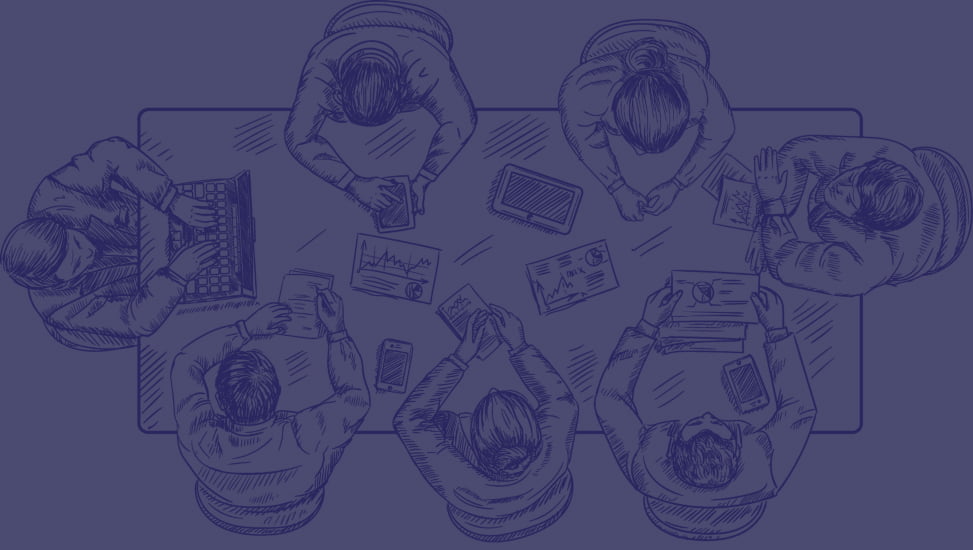 The TSL
Group
We are a technology company and for 40 years we have been aligning our people, technology, services and strategic alliances to your business goals to help accelerate your success 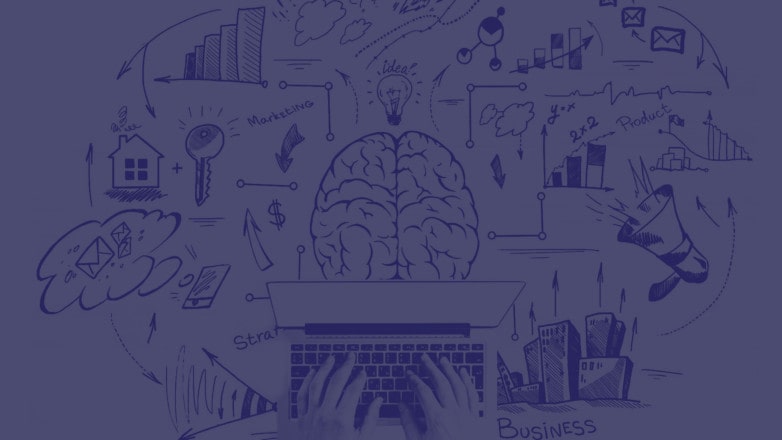 The TSL
Group
We believe in counting hearts not people. We are truly committed to our employees and building an environment for our people to grow and develop into their best selves 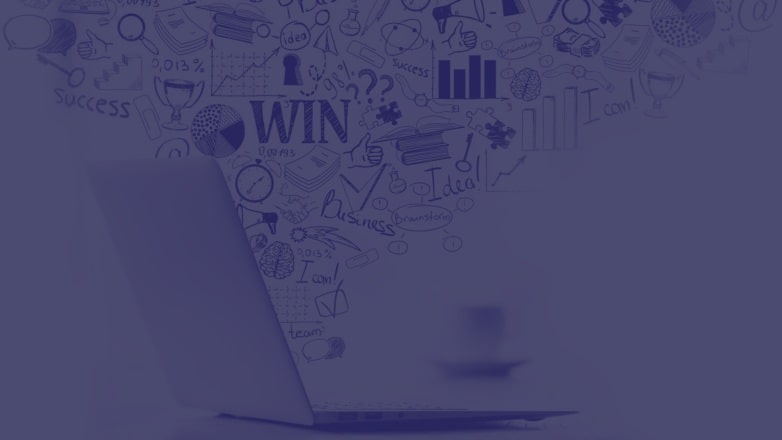 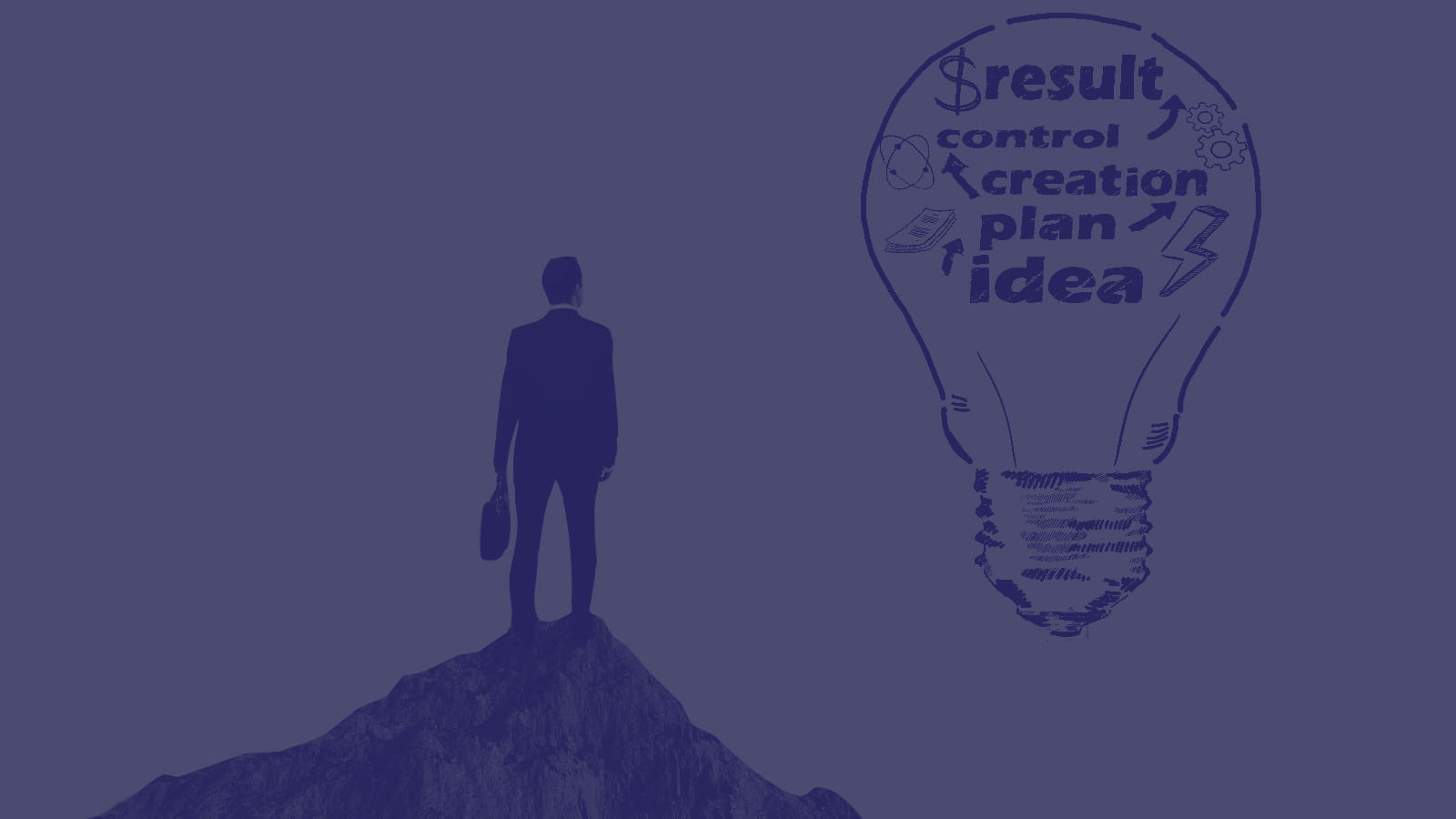 The TSL
Group
We encourage a culture of research, innovation, change and adoption. To be in the forefront on all new waves of technology. To best serve the needs of our stakeholders
Previous Next 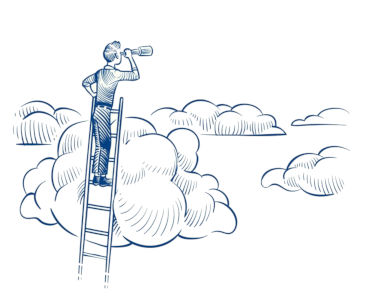 To encourage a culture of research, innovation, change and adoption to be in the forefront on all new waves of technology to best serve the needs of our stakeholders. 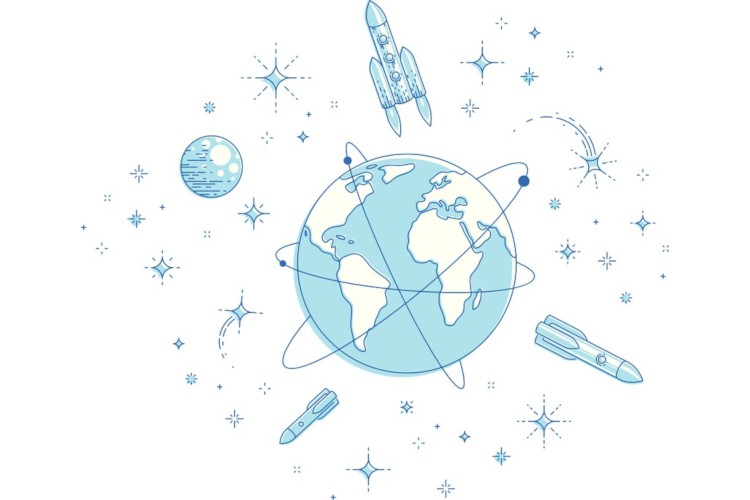 To provide our customers with cost effective business solutions to meet their immediate and on-going needs. To our employees, job security and prosperity through being an integral part of a company of integrity and impeccable reputation. To our shareholders, an adequate return on their investment.

Trinidad Systems Limited began operations in 1979 and is the parent company of the TSL Group of Companies which encompasses a diverse scope of sectors. The company was started by Nicholas Galt and was one of the few pure indigenous ICT Companies at that time. The group employs a total of over 250 staff regionally and provides end-to-end solutions in all fields of Information and Communication Technology.

In addition to brick and mortar, TSL has partnerships in several islands through which goods and services are provided to various organizations in a broad range of industries.

of products and services and in house consultancy services

Our diverse and wide range of products coupled with in house business consultancy services, enables us to deliver complete and fully integrated solutions tailored to meet the specific needs of both our commercial and residential customers.
The group's vision is to mirror its accomplishments in the Caribbean, through partnering with best-of-breed organizations in the ICT services arena. This will be done whilst maintaining our culture of customer service, fair business practice and the development of our Human Resources. 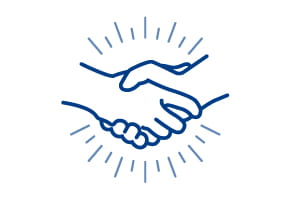 We do business and treat with persons and situations in an open and honest manner, always within the law of the societies in which we operate. 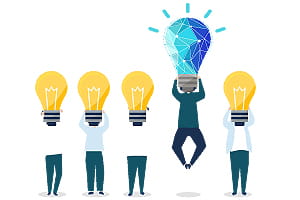 We employ gifted and talented persons to work in a creative environment. We are inventive in our outlook and imaginative in our delivery. We seek to provide services and products which solve our clients' problems in new and creative ways. 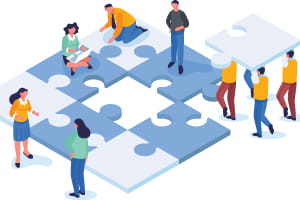 We are fair in all our dealings ensuring that all parties obtain the value they expect from any transaction or association. Where there is discord, we do our part to ensure an avenue for reconciliation. 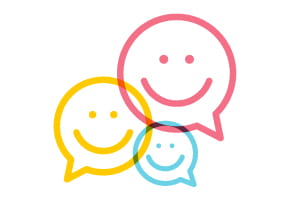 We endeavour to understand how our actions impact others and increase participation through consultation and effective discourse. This is in order to provide an uplifting experience to all who interact with us. 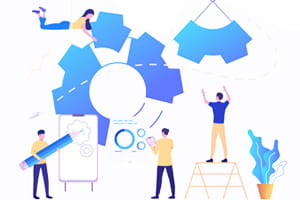 We strive to continuously improve the services and products we provide which solve our own and our clients' problems by adopting the process of "KAIZEN". We will achieve our goals through the determined efforts of our people and unwavering commitment to the cause.

The TSL family has always had CSR built in to its DNA and having partnered with many NGO’s in the past, it then became necessary to forge ahead under our own umbrella. TSL Foundation was formed in April 2018 as the charitable arm of Trinidad Systems Limited and the TSL Group, governed by a Board of Directors, consisting of TSL staff who promote corporate social responsibility and making positive contributions to our communities. Funded by donations and fund-raising efforts, we provide humanitarian services to the needy and underprivileged who fall under our platform scope – i.e. youth mentorship and environmental needs.

We believe that we have the power to give our community more than our products as we seek to foster a connection with the community, believing that our charitable actions will spark the overall social change we aim to achieve. 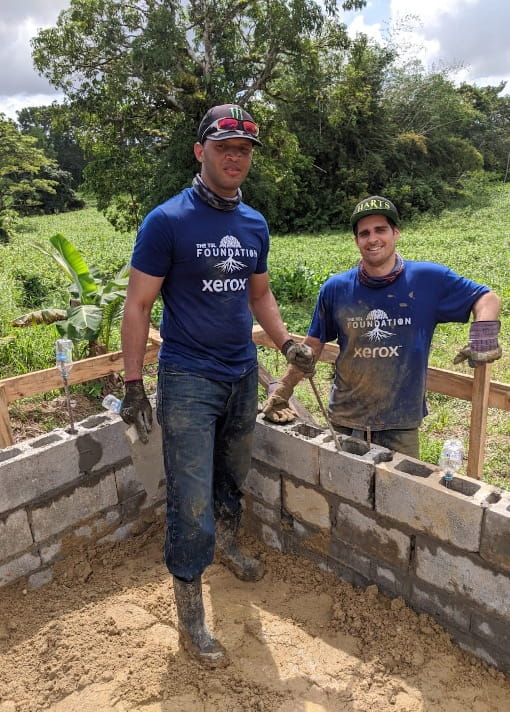 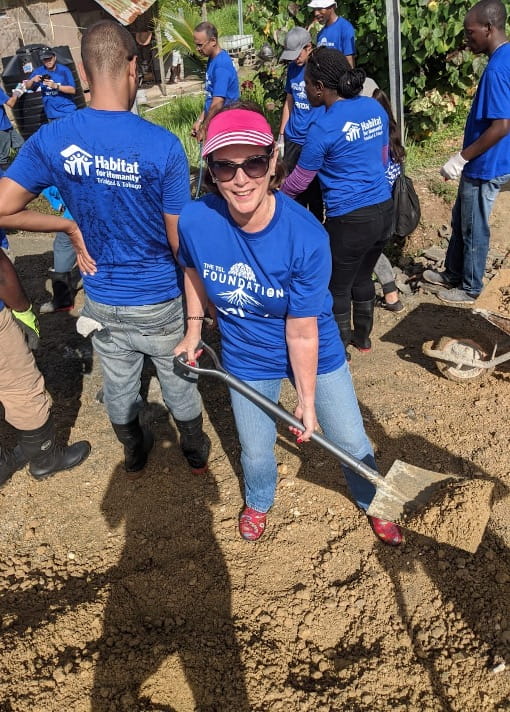 Trinidad Systems Limited offers a unique environment dedicated to the performance and development of our employees. We hire the nation's best and brightest who can solve the most important ICT problems and share our passion for the future. Our values are what keeps our people motivated and we're proud to have such a diverse and inclusive team who contribute to our energetic and innovative culture. 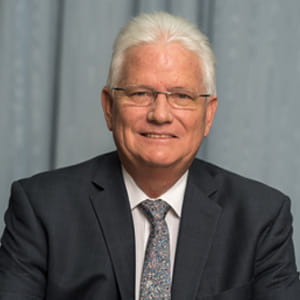 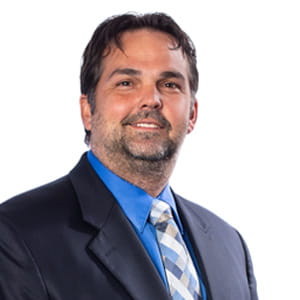 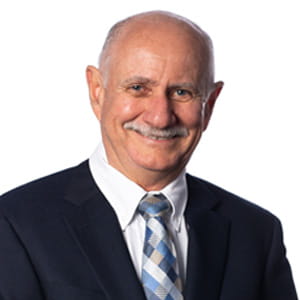 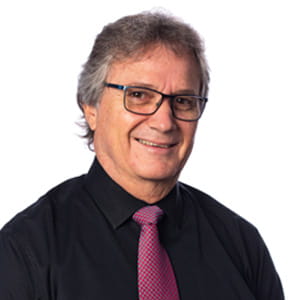 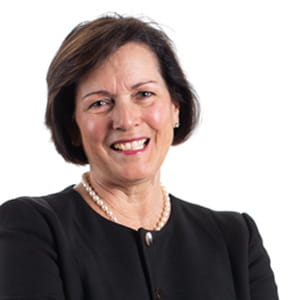 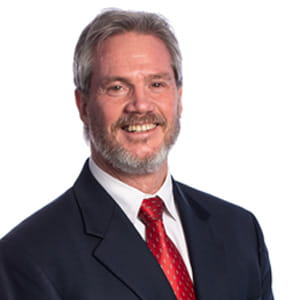 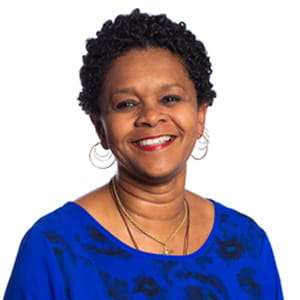 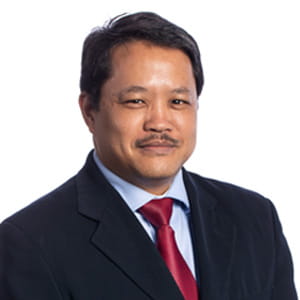 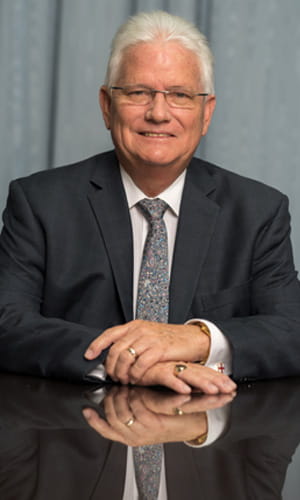 Nicholas Galt is the Executive Chairman of the TSL Group. He started Trinidad Systems 40 years ago. Today the company is a group of ICT companies operating predominantly throughout the Caribbean region currently venturing into Africa. He is recognized regionally for his entrepreneurial personality and his software engineering skills. He is the author of several regionally successful applications and co-author of the Caribbean’s most successful integrated Human Resource Management System.

He maintains a varied portfolio in both the business world and the NGO communities. Besides his role as Chairman of The TSL Group, he is also Chairman Emeritus of the Governing Board of Directors of The Association of American Chambers of Commerce of Latin America and the Caribbean (AACCLA), a Washington D.C. organization and a council of the U.S Chamber of Commerce. He is a past Trustee and Board Director ofthe Pan American Development Foundation, is a directorof the Caribbean Science Foundation and NiQuan Energy Trinidad Ltd. In Trinidad and Tobago, he is a past president and sitting Board Member of the American Chamber of Commerce. Galt is also a Livery man with ‘The Worshipful Company of Information Technologists’ in the city of London, U.K. and a Rotarian for several years. He is a Paul Harris fellow.

Born of Trinidadian parents on October 29, 1953 in Port of Spain, Galt and his wife Nicole, have three children Kristy, Kelly and Andrew and six grandchildren. 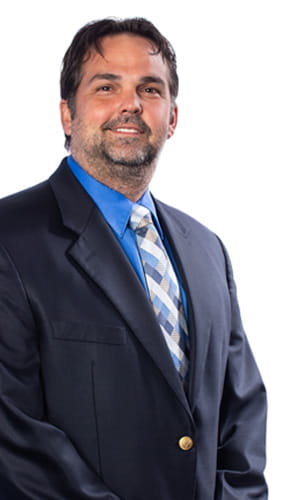 Stuart Franco assumed the role of Chief Executive Officer of the TSL Group in 2018 and aims to continue TSL’s trajectory and strong momentum.

The Fatima “Old boy”, a Graduate with a B.A in Statistics & Economics from the University of Western Ontario, began his career in TSL in 2003 as a Sales Representative. Stuart achieved an impressive track record of high-quality salesmanship and tremendous care for his clients. He went on to become the Sales Manager and then E.V.P. of Sales and has brought the company significant success despite the challenging environment of the last few years. In 2011 Stuart became the youngest member to sit on TSL’s Board of Directors.

Stuart plans to build on the success of TSL and ensure that the group continues to play a major role, not only in the local market but also the wider Regional Caribbean ICT arena. He believes in counting hearts and not employees and is determined to continue the Chairman’s vision for corporate social responsibility, for which TSL is well known, and has a special interest in youth affairs. 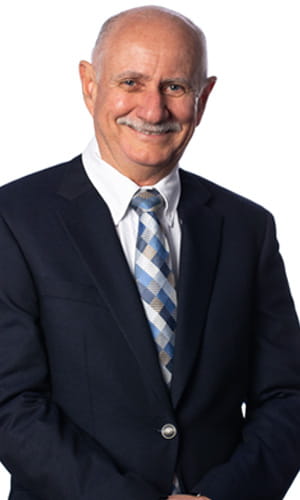 In 1976 Jean left Trinidad to reside in Canada and returned to the Caribbean in 1983. After many years in Antigua and Barbados he returned to Trinidad. Jean has over 25 years of experience in the ICT industry. He was CEO of a leading Technology company in the North-Eastern Caribbean for 22 years and partnered with international companies such as Xerox, HP and NCR. He has gained in-depth knowledge in the delivery of value-added solutions and services. As a former Director of a leading regional ICT company, Jean has worked extensively throughout the English-speaking Caribbean and has a sound knowledge of these markets.

He joined the TSL team in 2008 as Executive Vice President of the Structured Cabling Division. The Division, in addition to supporting other offerings of the TSL Group, offers the regional markets technical expertise in the design and implementation of building infrastructure for ICT networks. In June 2008 he was appointed to the TSL Board of Directors and in 2014 was appointed as COO of the group. Jean brings a wealth of business experience which is utilized throughout the TSL Group. 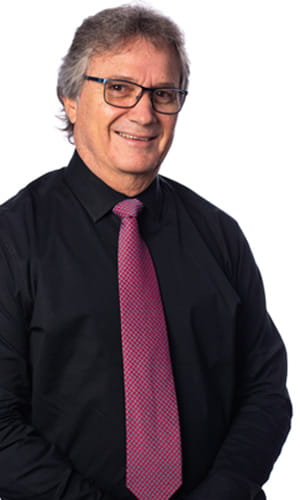 Roger Galt completed his GCE A-Levels at St. Mary’s College in Port of Spain, Trinidad in 1978 and immediately took up an audit position with Pannell Fitzpatrick (currently EY Trinidad & Tobago) where he spent five years. He then moved on to F. T. Farfan & Sons Limited as their accountant and completed fourteen years of service there as the Corporate Secretary and C.F.O. Roger then joined Trinidad Systems Limited in 1997 and has been the C.F.O for the TSL Group. He is a director of the parent company and sits on the boards of its subsidiaries. He has been an integral part of the Group’s expansion and sustained position in their field of services for over the 23 years. 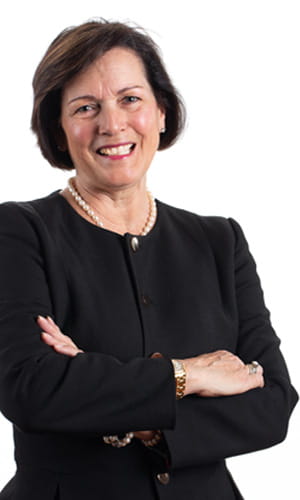 Nicole is no stranger to NGO activities. She served as an Honorary Member of the Rotary Club of Maraval, during which time she was presented with a Paul Harris Fellow award (Rotary’s Highest Award). She also held the post of President for The WAND (Women in Action for the Needy and Destitute) and served as a Board Member from 2013.

Nicole Galt retired as the Human Resource Executive Vice President at the TSL Group 2018 and spends some of her time leading various social welfare activities. Nicole held a position on the Advisory board of the Girl Be Heard (Organization out of NYC) and at the beginning of 2018, was voted in as the Chair of the Local chapter. She has been a member of the American Chamber, serving on several committees, and more recently is participating in a five-year Mentoring Programme at the Russell Latapy School in Morvant which began in September 2018.

Before retiring in 2018, Nicole set up the TSL Foundation. 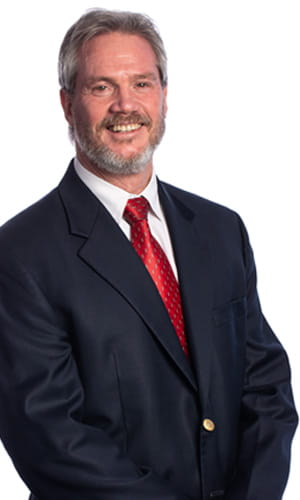 Colin Mowser joined the company in 1983 as a Computer Engineer. He received diploma’s in several areas in the field of electronics, including Monroe and IBM Computer Systems, Sweda ECR/POS Systems, Simplex Time and Attendance Systems, DataCard Processing and Image Card Systems.

He was appointed TSL Service Manager in August 1986 overseeing a technical team of Engineers who were responsible for customer service and the maintenance and repairs of all equipment sold by the TSL Group.

He was appointed to TSL’s Board of Directors in November of 1989.

In 2005 he was appointed to the role of VP – Hosting Services which implements and supports a host of software applications deployed via POS terminals and associated network infrastructure for multiple clients throughout Trinidad & Tobago. 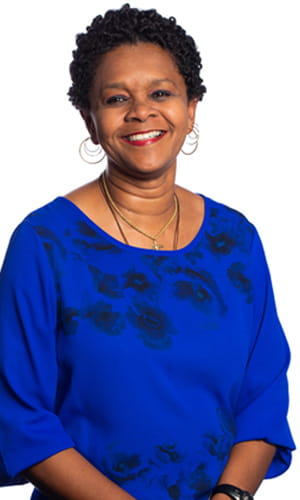 Giselle Forde Reid joined the company in December 2005 as the Financial Controller for the TSL Group responsible for the roles and functions within the Finance department. Giselle previously worked at Development Finance Limited for 20 years leaving as a Senior Manager. She was appointed as Secretary to the Board of Directors of The Docucentre Limited (a subsidiary of the TSL Group) in April 2010. She was subsequently appointed a Director on the TSL Board in April 2018. Giselle is a Chartered Accountant and a Fellow Member of the Association of Chartered Certified Accountants (FCCA). 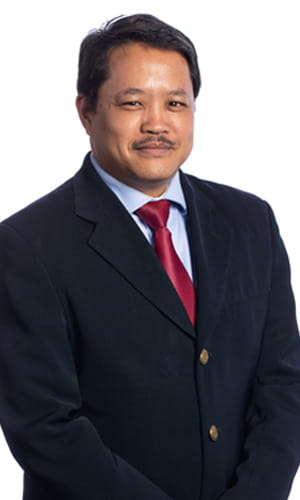 Derek Tang Nian joined TSL Leasing Company Limited in February 2007 as General Manager and was later invited to the Board of the parent company, Trinidad Systems Limited, in October 2007 as a Director and Corporate Secretary. He also holds other Board positions in other subsidiary companies of the TSL Group. He holds a BSc (Hons) in Computing and Information Systems from the University of London. In March 2018, he was appointed as Managing Director of TSL Leasing Company Limited and under his leadership the company has continually prospered.

Mr. Tang Nian is currently a Director on the Board of the Cannings Employees Credit Union Cooperative Society Limited and is actively involved in the Marketing and Investment committees and also served on its Information Communications & Technology team in the past.s/board_members/derek_tang_nian_full.jpg'