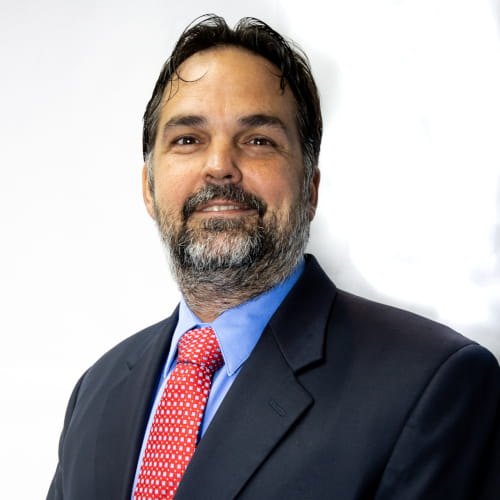 A Fatima Old Boy and a University of Western Ontario (UWO) Graduate, I was happy to return home to start my job with Vemco Ltd. I worked there during the summer months while at UWO. In my graduating year I was offered the position of Brand Manager for SWISS and Chinatown. I accepted it with huge enthusiasm and started the day after I returned to Trinidad from University, which was at the start of May, in the year 2000. After one year with Vemco, I got an offer to join Fujitsu-ICL, a multinational I.T. company, as an account manager. I.T. was new to me but I was very excited by the possibilities this move would afford me. The experience at Vemco had taught me that I had a love for being on the road spending time with customers, so I thought it would be the right move to get into Sales. After a couple of exciting and fruitful years in Fujitsu, I planned to propose to my then girlfriend of eight plus years, Kristy. Kristy’s dad is none other than the founder and Chairman of Trinidad Systems Limited (TSL), Nicholas Galt. That being said, I joined TSL on April 1st, 2003. What an exciting journey it has been for me over my sixteen years. I have grown with the company and had a lot of time to learn and appreciate who we are, what we do and what’s important to us.

Three things have had an impact on me and my management style, which I think is important for me to share for the root cause to be understood. The First was a speech by Brian Dyson, then C.E.O. of Coca-Cola in the 1990’s, where he spoke of the important things in life and prioritisation of same. In a nutshell, he basically compared these important things such as work, family and friends to juggling balls in the air. He referred to work as a rubber ball and the others as glass or ceramic balls. The point he was making is, as you juggle you will eventually drop a ball. Dropping a rubber ball would not be an issue as it would merely bounce and not get damaged, but the other balls, made of glass and ceramic, if dropped, could chip, crack or even shatter, leaving them unrepairable. His drive was to get his team members to understand that while work was important, things like family and friends are even more important. Work hard during working hours but go home, go out, spend the time with the people that matter.

The second was in 2008. I was at that time married with two sons, a three-year-old and a two-month-old. I was diagnosed with Hodgkin’s Lymphoma, also known as Cancer of the lymphatic System. The doctors advised that I did not have long to live. Long story short, the diagnosis, even though it was made by three different doctors in three different hospitals, turned out to be wrong. I do, however, have a disease called Sarcoidosis and today, eleven (11) years later, I’m happy to say that I am still in remission and doing well. An experience like this has a significant and immediate impact. It’s life altering. Everything is viewed through a different lens and priorities change. While I have always had God in my life, this was a turning point for me and drew me a lot closer to my faith.

The third was in 2014 when I read an article by Bob Chapman, the CEO and Chairman of Barry-Wehmiller which spoke to the need for organisations to change the way they refer to team members. A move from the traditional “head count” to what he refers to as the “heart count”. An organization’s Heart Count is the number of people who want to be there: The ones who like their jobs, are proud of their work, enjoy the company of their co-workers, have a great relationship with their boss and feel happy at work. Some people may read this and ask themselves if a place like that even exists! “This naming convention helps us remember that every individual is important. We are all someone’s child, brother, sister, mother or father.” As a C.E.O., looking through this lens, decisions are made in a much different manner. This approach leads to a high retention percentage and a team that feels appreciated and part of the experience being offered.

In TSL, it is very important to us, for the team members to put both God and Family before work. Without God and family as a priority we would never be able to live the life that is necessary to be successful. Now one could ask, what does it mean to be successful? The kind of car I drive? The amount I earn a year? Where I live? In my opinion, success is measured by where you stand with God, Family, Friends and Colleagues or Teammates.

TSL is proud to be celebrating 40 years in business this year and we have almost 40% of our team members with the organization for over a decade. This is a clear indication of the environment we try to foster. I am humbled by the faith placed in me to lead TSL into the future and look forward to what promises to be very exciting times to come.