What Makes Them Stay? 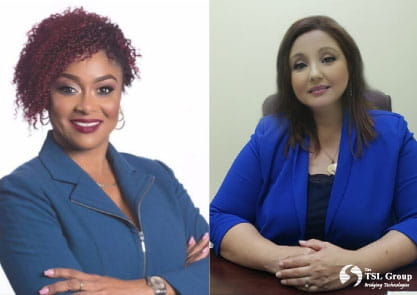 The TSL Group is celebrating forty years of being in business and being a leader in the technology and innovation space here in Trinidad and Tobago. Part of the company’s success is the people who have been a part of the company’s journey. There are 170 persons who are a part of the team at the TSL Group and 38% of them have been with the company for ten years and over. In a time where more and more persons are spending less time with a company, having over a quarter of the team with tenure of ten years and more speaks volumes to the kind of company the TSL Group is.

We wanted to understand what is contributing to the long tenure of team members aside from the usual benefits provided by an employer. Software Support Manager, Petrina Hernandez has been serving the company for over 23 years. When asked what role the company fills outside of job security and monthly financial payment, Petrina says the members of the board “sought the interest of the employee as people, always going beyond their call as an employer”. Petrina started with the company in 1995 as the Administrative Assistant to the Sales and Marketing Director. Spending most of her tenure as P.A. to the C.E.O. she has had a ‘bird’s eye’ view of TSL’s many adventures and bore witness to the many instances of ‘leadership with a heart’. She can safely say that she has not encountered another person who can say their employer genuinely sought the best interest of their employees the way The TSL Group does. Since 1995, Petrina has seen her career grow in numerous ways, as she functioned in many different roles over the last 23 years. She is with TSL for the long haul and believes giving your best in anything you do, is already success

We contacted Lara Quentrall-Thomas, Chairman of Regency Recruitment and Resources Ltd who confirmed that while we do not have up to date statistics on employee longevity for Trinidad and Tobago, she did mention that “ from discussions with clients and other employers, it is apparent that millennials and younger employees generally do not stay as long on the job as older employees. This may be because they are on a particular career path, which means that they are constantly looking for new opportunities for learning and development, and in some cases, move simply for more money. They tend to be less loyal to employers than older workers, as they have not yet learnt that the ‘grass is not always greener on the other side’.”

Having a long work history with one company sometimes indicates lack of career growth or may indicate that an employee is no longer marketable. This is not the case with the employees at The TSL Group. Working in a technology company means employees are constantly updating their industry knowledge, going for training on new products on the market and ensuring they are leaders in their field. Xerox Sales Manager, Donna Murray joined the team in a temporary capacity in March 1994 as a Data Entry Clerk. Donna who remains highly motivated 25 years later, remembers seeing this temporary position as a foot in the door and a chance for her to prove herself as an asset to the organization. Over her years at TSL, Donna assumed the various roles as Data Clerk, Secretary, Sales representative and then to Sales Manager of one of the Group’s largest division, Xerox.

Donna, when asked about how she ensures she is growing after being with a company for 25 years, said, “I recognized and resolve my own weaknesses effectively throughout the years rather than jumping ship and blaming my discontent on my former co-workers or boss. I challenged myself, balancing family life, to make time to learn and to be in know of the latest technology and everything new the group ventured into, within my scope.” Donna is a thought leader on everything Xerox, over the years she has helped with developing the Xerox sales team, going to international conferences to represent the company and learn more about new technology. The TSL Group received the “Distributor of The Year” award many times at annual Xerox conferences and this is due in part to the team behind the brand which is led by Donna Murray. When asked about what she sees as her future with The TSL Group, Donna replied, “I choose to participate in the long-term growth of a great company and to also consider the advantages of a long-term partnership within the company that I believe I helped develop. This to me is a prosperous marriage instead of a series of dates.”

Today the world of work is constantly changing, a lot more is expected of the employees and employers. In speaking with Stuart Franco, CEO of The TSL Group, he stressed the importance of counting hearts and not people. Franco explains that, “an organization’s “Heart Count” is the number of people who want to be there. The ones who like their jobs, are proud of their work, enjoy the company of their co-workers, have a great relationship with their boss and feel happy at work. This is the environment and culture we want to foster.” Forty years for a technology company in the Caribbean is not an easy feat and this is something The TSL Group would not have successfully done without the help of a formidable team with a lot of heart.