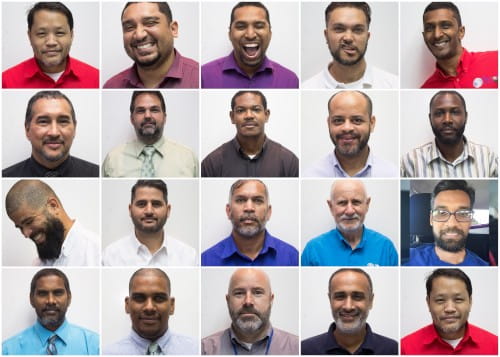 At The TSL Group, we believe in shaping a positive environment for our men by raising awareness and educating men on men’s health issues. We have joined the rest of the world in celebrating the global movement called Movember. During Movember, (celebrated in November) men show their support for each other by growing a moustache for charity in a bid to raise awareness about men’s health issues such as testicular cancer, prostate cancer and mental health.

The TSL Group is supportive of the Movember Movement as we have a 55:65 Women to Men ratio, and with a significant number of men employed with us, their physical and mental health must be our priority so that they can lift-up and support their female counterparts in the progressive, respectful way our society needs. Another reason why the company has taken such a solid stance is that our own Chief Operations Officer has been touched by cancer in the past and is a big advocate for the promotion of a healthy lifestyle, including proper diet and exercise and avoiding unhealthy habits such as smoking and heavy drinking as ways to control your fate.

The male population of Trinidad and Tobago is facing a highly stigmatized health crisis. Our societal construct has programmed men to ignore growing problems such as Mental Illness and has encouraged a negligent attitude with respect to general health check-ups and an irrational stance against doctors’ advice which are vital preventative steps.

In Trinidad and Tobago, cancer is medically the leading cause of death much like the rest of the Caribbean. According to the World Health Organization (WHO), Prostate Cancer accounts for 35% of male Cancer fatalities in the Country and according to the Pan-American Health Organization (PAHO), the number of cancer deaths in the Americas (which includes the Caribbean) is projected to increase from 1.2 million to 2.1 million between 2008 and 2030. Simple actions such as bi-annual screenings and a sustainably healthy lifestyle are powerful preventative measures that can be taken to positively change these statistics.

Mental Illness is the most highly stigmatized health issue being faced by our men and in recent local news headlines, we can see first hand how the internalization of these issues is taking a toll on the nation. We’re quick to ignore signs of depression, anxiety, bipolar disorder and other mental diseases or to use damaging words such as “crazy” when referring to someone suffering who has sought out medical help. According to a document produced for a public hearing by the Trinidad and Tobago Parliament, The Trinidad and Tobago Association of Psychologists reported that 20% of adults in our country suffer from Mental Illness and that percentage is higher for children/adolescents (between 20-25%).

TSL recently hosted an internal Lunch ‘N’ Learn session where we had a Psychology professional, Tara Armour (MSc. Forensic Mental Health) lead the conversation on breaking down the cultural stigma associated with Mental Illness in the Caribbean. Ms. Armour had this to say, “When we consider mental health of our men in Trinidad and Tobago, there are many elements we must recognise that play a role. The patriarchal remnants of our colonial history, the racialized relationship between members of our diverse ethnic and religious populations, and the toxicity of aggressive masculinity taught as a defence mechanism and strength in place of adaptive coping mechanisms and open discourse around and support for men’s mental health. All of these factors contribute to our ever more violent society, so addressing them should be of national concern”.

TSL hopes that through the growing popularity of this movement, Movember becomes more than just the internet fad,“No-Shave November” and both men and women recognize the importance of healthy, strong- minded men and encourage self-care, medically and mentally.